It’s time to open the Driftworks Dictionary and see what what entries were made in 2010! This is the last post for 2010, normal service will be resumed on the 4th, and we’ll have a few videos for you over NYD and during the week! A is for Awesomefest Announced.

It was by a long way the most popular thing we’ve ever put on the blog, and it was just a poster. However, it was the most awesome thing announced ever, and we cannot wait to see 20 cars at once ripping around Mallory Park, MotoX bikes jumping over skateboarders and BMX’ers and stuff. You can find all the details in the Driftworks Forum.

B is for BonBon. Bon is our lovable in house tech guy, resident food decimator and ridiculously skilled drifter. His on screen awkwardness is either complete genius or hilariously funny. He set a differential on fire this year, by not going anywhere or doing anything, which was physics defying in itself. Burnouts are a daily necessity. We love him. Professionally, of course.

C is for Crashing

Phil and Bon and Fink had a massive crash this year, and smashed up the S15, the R32 and a PS13. It SUCKED. None the less, things were rebuilt bigger, stronger, faster and better. Watch the film here: https://vimeo.com/13356784

D is for Drifting

When you’ve been as busy as we have, we’ve sometimes lost sight of what we’re all here for, and that’s the love of Drifting. Drifting shouldn’t be too serious, it shouldn’t detract from the whole point that it’s about doing silly things in cars and trying out stuff that shouldn’t work, or be possible, for no reason. This year we’ve made an effort to start attending the amazing Mallory days and get out of the competition pressures, but next year we’re going to do it more, and bring you amazing footage and stories. To quote Roegge and Herron, Keep Drifting Fun. 🙂

E is for Entry.

This has been the year of retarded entries from all around the world. Starting with Kawabata, then Burst, Aasbo, Morrison, Foust and a few others, backwards is the new forwards. Where will entries go from here?

F is for Films

As technology gets cheaper, more and more people can jump on the filming bandwagon, but a few guys – notably Brooksie, the KDF guys and a few others have produced some spectacular films this year for every event including BDC, FD and private practice events. Block came out with another Gymkhana, we saw Millen and Foust drift amazing closed roads in glorious HD, and much much more. Next year, you’re going to see some spectacular stuff I know it – and there will also be something very special coming from in house at Driftworks. Just wait and see. 🙂

Julian and Walton Smith helped us out a huge amount this year with rebuilding the S15 and R32, plus countless other things including rebuilding my damn PS13 pretty much from scratch into a sweet track car. We’d have been screwed without them.

H is for Huge Thanks

This year, as well as the chaps at Garage-D, we MUST say as huge thank you this year to our other sponsors Federal Tyres for all their support and their amazing tyres. Sky Insurance for keep us insured in daft road cars, ProTuner for mapping our cars, DoriTech, our Forum sponsors, our community and our customers. Give yourselves all a massive pat on the back, and lets make drifting more amazing next year.

I is for Inception.

If you’ve not seen it, or you didn’t understand it, sort it out for goodness sakes. It’s an amazing fillum.

J is for Japan.

K is for Kam Jong Il.

Our plucky little China man who wanders around the office eating noodles from a small wooden bowl started this year as our customer liason type person. If you’ve called us, you’ve most likely spoken to him. His S14a hilariously is often mistaken by passing cars for looking mint and clean, where as it is in fact a rusty heap. He’s going to re-shell early next year though and it shall be awesome. As with all members of Staff, Kam knows his way around a drift car, both parts wise and driving, so he’s well placed to give advice to anyone who needs it. 🙂

L is for Low Brain TV.

Dan Joyce captured Bon Rage for the first time ever on camera, and it was the funniest thing I’ve ever, ever seen.

M is for Mallory Park The best place in the whole of the UK to go Drifting. The best will hit over 120mph entering Gerrards, there are corners testing every skill you need, and it’s only going to get better and better. Please go and support and drift at these events!

N is for Nurburgring

The greatest racing track on the planet, on of the most exciting drives in the world, and it might be gone soon. Don’t let it die.

O is for obscure Dictionary Word titles and definitions.

P is for Professional Drifting JDM Allstars and ProDrift are the only completley pro series championships worth knowing about in the UK, allowing the public to watch battles and drivers take on each other. ProDrift has fed some of Europes first ever truly professional drifters to the United States for Formula D, and next year both series promise outstanding action. See R for grass Roots!

Q is for Questionable Clothing.

The guy in pants at JDM Allstars Wembley. WTF. We’ve seen some weird stuff, but this sort of thing must not catch on.

R is for grass Roots series

Without the British Drift Championship in the UK, Drifting in the UK just wouldn’t be the same. If you’re thinking about competing next year in the BDC, you need to get yourself online onto the forum here at Driftworks, get down to a license day, and go and have the time of your life. BDC has come on so far now it’s really probably almost as much a pro-series as it is grass roots, with top level drivers like Mark Luney, Simon Perry and Shane Lynch all massively increasing the profile of the events.

S is for Smoking Skills. 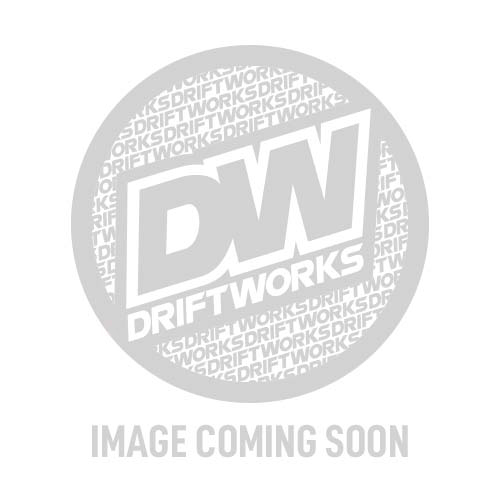 Unfeasibly popular T-Shirt, now as a hoody too. And if you buy it today, you get 10% off, and the last day of cheap VAT. Rah. Buyatron.

Drifting will always be our first love for us, but we really really love track driving too – and in late January 2011 we will officially launch TrackCulture.com to the world. It’s up and running already at the moment, but we’ve only soft launched. It will be one of the best places on the internet for the UK and European track market, we have teamed up with a trackday company to bring you 10 TrackCulture trackdays and there will be a Nurburgring trip and many more new track focused products in the new shop. Stay tuned folks!

U is for Under Control

W is for Wandering what to do for X.

I mean, nothing in Drifting starts with X. Nothing. Not even part numbers. Hmmmm.

X is for Xtra Lock

Something which Driftworks knuckles can offer you. Along with roll centre correction, ackerman reduction and now in improved Geomaster 2 flavour. This is the best off the shelf package you can buy, we stand by this and have proven the parts time and time over again in competition.

Z is for Zebra. Full retard entry at Mallory in the S15.

ha. Cool post, and one of my photos made it to the front page again:] well chuffed!

thanks for the bon rage shouts…..

Al you suck, for X you could have done X81, as in big fat ben face is currently in ireland buying back an X81 chassis.

W could have been, Wanders as in Lennard wanders supported by Driftworks has been in Dubai representing Driftworks parts….

I don’t know how you make it through each day.

I am pretty sure I could do this better than you 😉

I am Brazilian and I’m only 15 years and am passionate about crecer drift and when I want to join me vocêis, that if I really running behind my dream I want to be a drifter with great success proficinal kindly thank you for attention.

I am Brazilian and I’m only 15 years and I am in love with drift and when I grow up I want to join voceis, that if I really running behind my dream I want to be a drifter with great success proficinal kindly thank you for attention.

I am Brazilian and I’m only 15 years and I am in love with drift and when I grow up I want to join voceis, that if I really running behind my dream I want to be a drifter with great success proficinal kindly thank you for attention.